Tender spaghetti squash noodles mixed with the flavors of BBQ chicken pizza, served in the shell, topped with plenty of melted cheese!

Spaghetti squash is a super fun food! Instead of getting musky when cooked, like pumpkin or butternut squash, it gets stringy, like spaghetti noodles. You can cook it and serve it like spaghetti, topped with a sauce, but it’s also fun to serve it in the shell! The basic idea is to start with smaller squash, small enough that a half a squash is enough for one serving, roast it, shred it into noodles, add extras and serve it in the shell. The stuffing in this recipe is inspired by BBQ chicken pizza, including chicken, peppers, onions, pineapple, hot peppers, and cheese! Other than taking some time to roast the squash, this recipe is really easy, especially if you already have some cooked chicken available! Once the squash is roasted, shredded and the other ingredients are all mixed together, it’s returned to the shell, topped with cheese, and baked again, until the cheese melts! In addition to the fabulous flavours, one of the best things about this recipe is that it’s a complete meal in one bowlI mean shell! 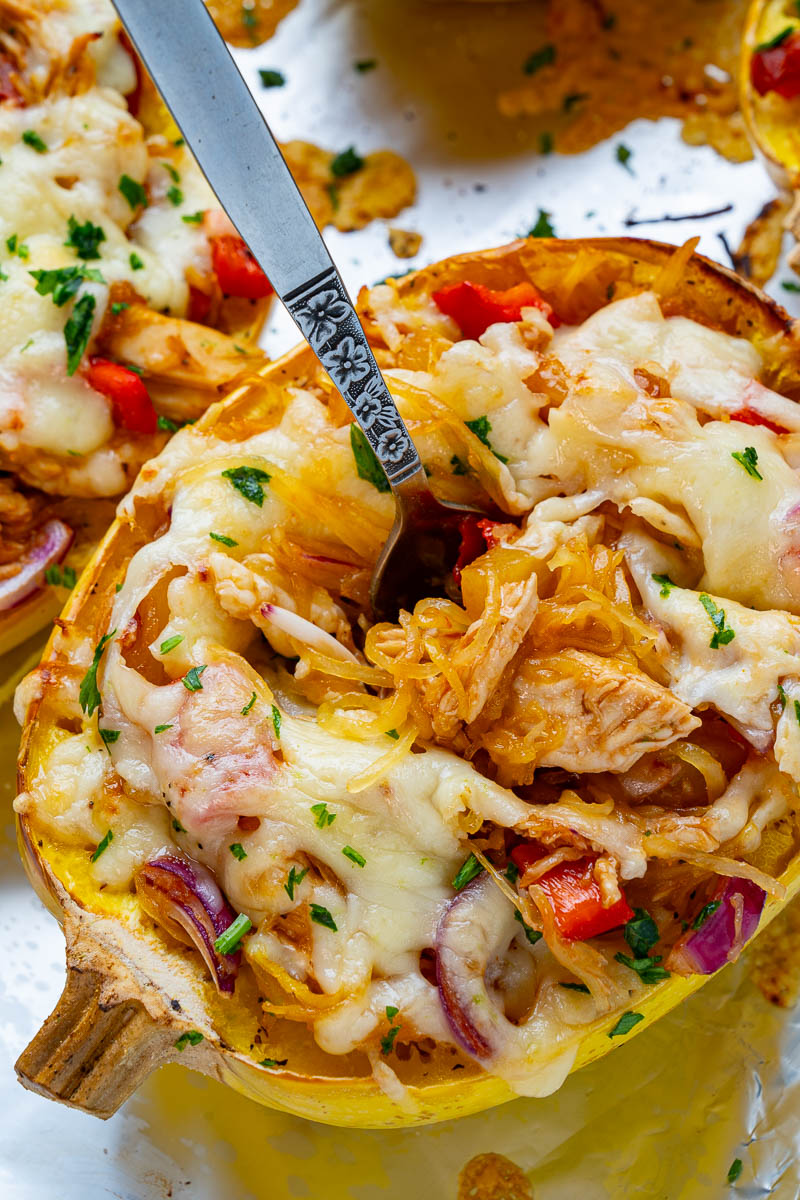 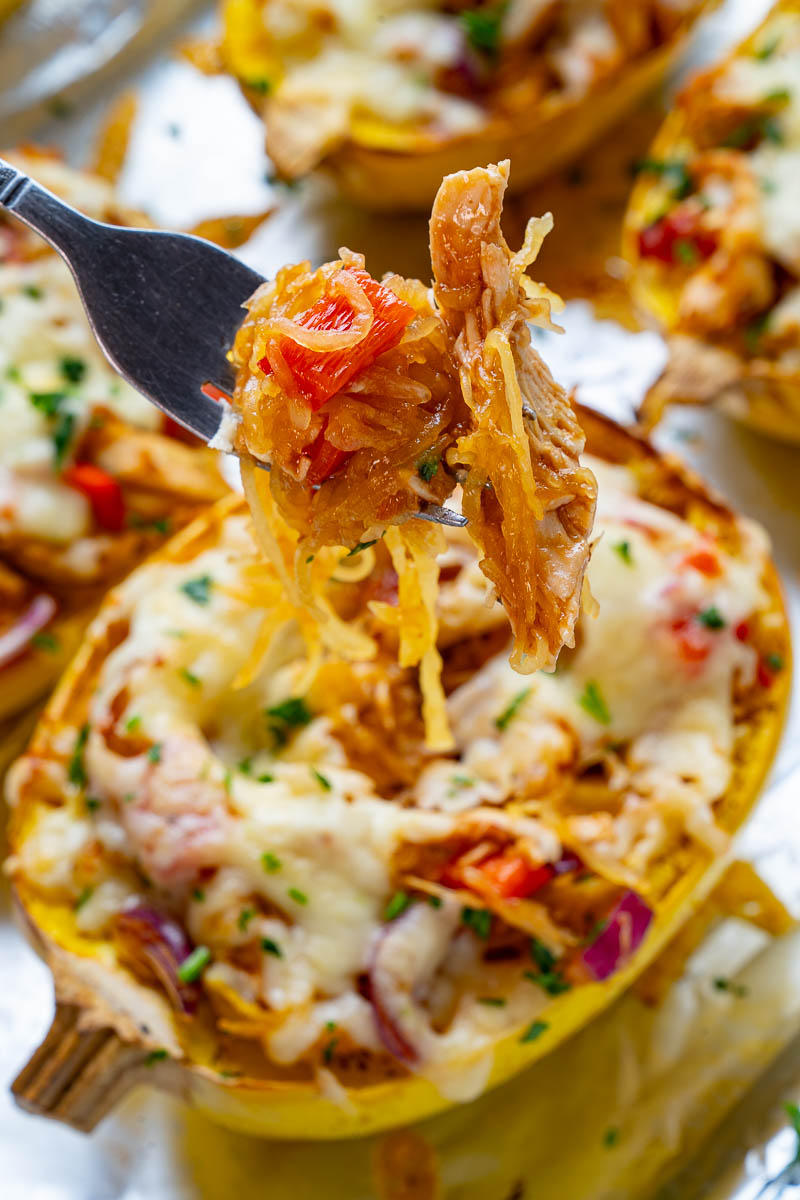 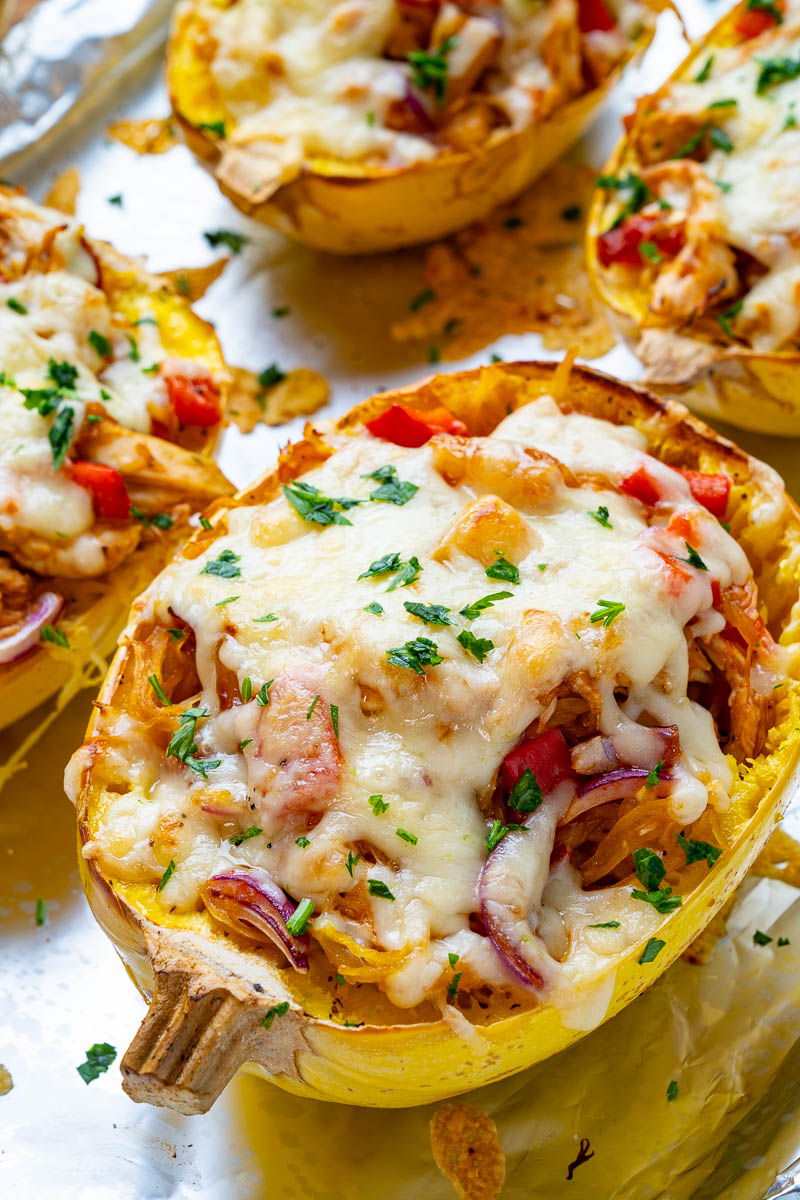 Tender spaghetti squash noodles mixed with the flavors of BBQ chicken pizza, served in the shell, topped with plenty of melted cheese! 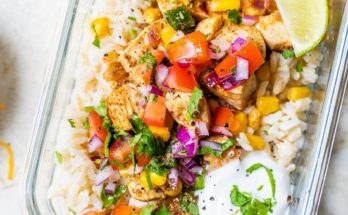