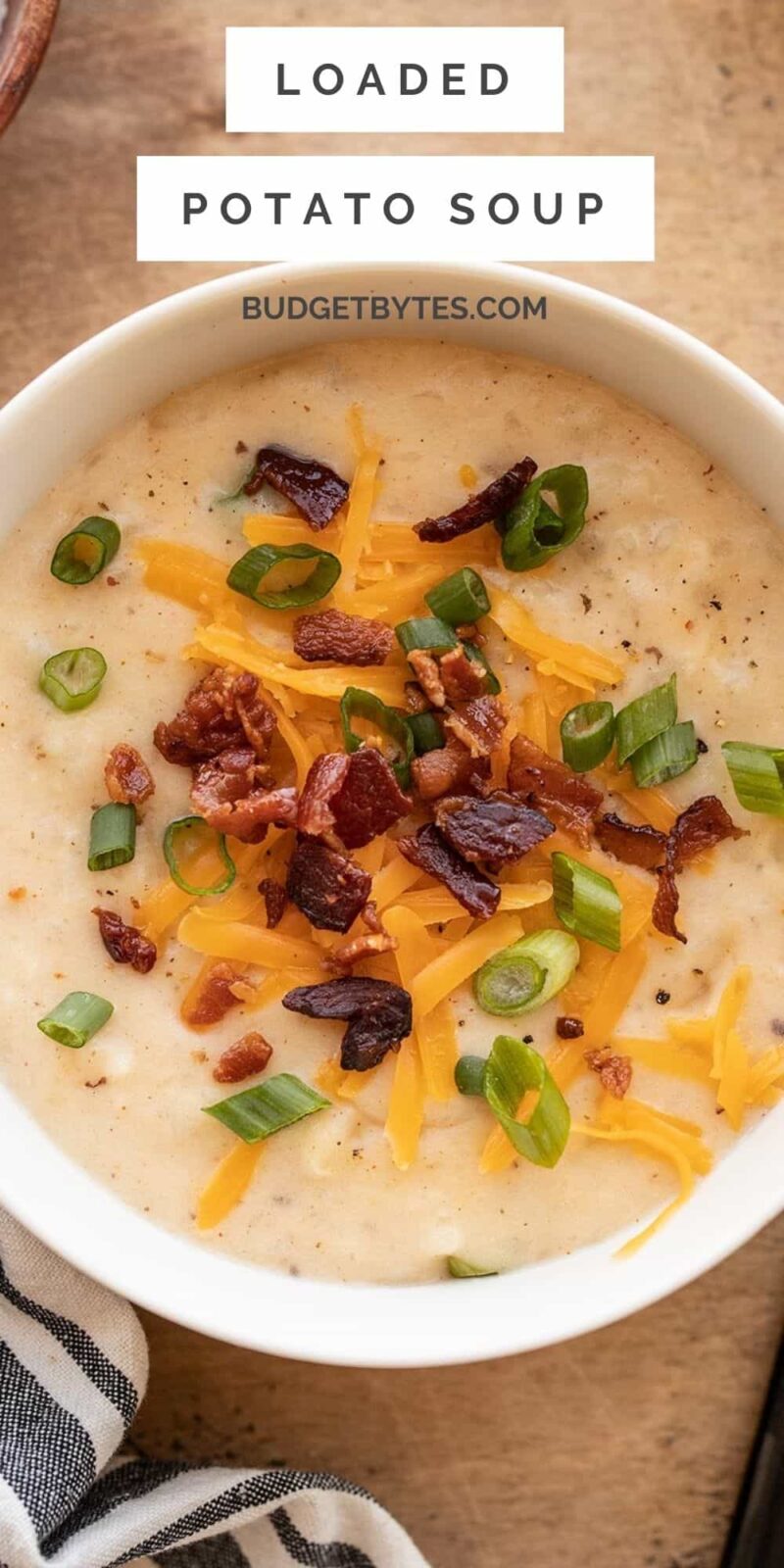 Loaded baked potatoes are amazing, but you can’t cozy up and warm your hands on it like you can with a big bowl of soup! So let’s turn that baked potato into a thick and creamy, warm and cozy, delicious and filling bowl of Loaded Potato Soup to get us through the last couple months of winter. This soup has all the usual fixins like bacon, sour cream, cheddar cheese, and green onion all piled into a thick and velvety potato soup base. Soooo cozy!

What Kind of Potatoes are Best for Potato Soup?

I chose to use russet potatoes for my potato soup for a few reasons. They mash easily and are a bit starchier than other potato varieties, which helps make a nice thick soup. Youkon Gold, which are slightly starchy and slightly waxy and hold their shape better, so they are a good option if you like your soup to be more on the chunky-soupy side rather than thick and velvety.

It’s All About the Bacon

Using a little bit of bacon in this recipe goes a long way toward adding richness and smoky flavor to every bowl. I used only a ¼ pound of bacon to add flavor while keeping the recipe budget-friendly, but you can certainly use ½ pound or even a whole pound if you’re a bacon lover!

What Else Can I Add to Potato Soup?

I love recipes that allow for fun add-ins or toppings, and this loaded potato soup is definitely one of them! Here are a few other ingredients that you can add, if you have them on hand:

Loaded Potato Soup is like your favorite baked potato with all the fixins, like bacon, sour cream, green onion, and cheese, but in a bowl! 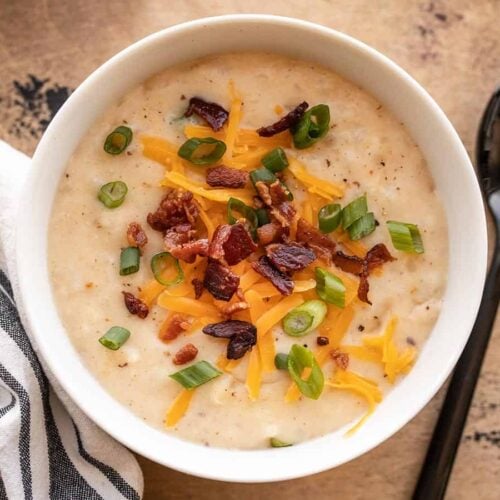 How to Make Potato Soup – Step by Step Photos

This recipe starts with BACON! Cook ¼ lb. of bacon in a soup pot over medium heat until brown and crispy. Remove the bacon with a slotted spoon to a clean bowl or plate and leave the bacon grease in the pot.

While the bacon is cooking, dice one yellow onion and mince four cloves of garlic. Add them to the pot after removing the bacon and continue to sauté over medium heat in the bacon grease until the onions are soft and translucent.

Next, add 3 Tbsp butter and 3 Tbsp flour to the onions and garlic. Continue to cook and stir over medium heat for about two minutes. The butter and flour will form a roux that helps thicken the soup.

While the onions are sautéing, peel and dice 2 lbs. russet potatoes into ½-inch cubes. The smaller the cubes, the faster they’ll cook.

Add 2 cups chicken broth and 2 cups whole milk to the pot. Whisk to dissolve all the flour and butter, then add the diced potatoes.

Simmer the potatoes in the soup for about 15 minutes, or until they are VERY soft. The total time needed will depend on the size of your potato cubes, but you need to let them simmer until they’re easily pierced with a fork so that they’ll be easily mashable.

Use a potato masher or immersion blender to partially mash the potatoes or until the soup is to your desired thickness (some like it chunky, some like it smooth!).

And lastly, to make the soup extra creamy and extra baked-potato-like, stir in ½ cup sour cream.

Slice three green onions and shred about 4oz. of cheddar cheese. Add the green onion, cheese, and crispy bacon to each bowl (or to the pot if you want to make a nice presentation for the dinner table). 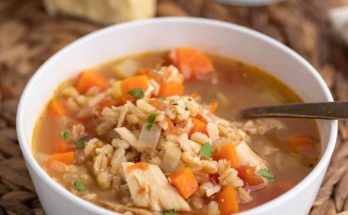